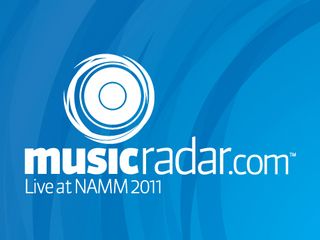 Welcome to NAMM 2011! Yes, the biggest gear show on earth has opened its doors to a jetlagged and excited industry once again and MusicRadar is, as they say, 'all over it'.

On the guitar and bass frontline, we've already been spoilt rotten with a deluge of releases from the likes of Fender, Vox, ESP, and Orange; and tech heads certainly won't be disappointed - it's hardware heaven out there. Scroll down to see what we mean.

As for drums, it's all about new technology - digital modelling cymbal, anyone?

As usual, you can find all of our up-to-the-minute coverage in one place courtesy of MusicRadar's ultimate NAMM 2011 guide, or scroll down for day one's top picks…