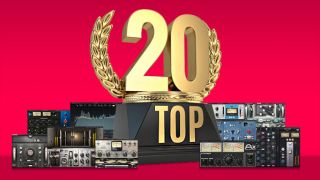 It seems like Waves has been offering cut-price plugins every week lately, but their latest sale is a particularly massive one. The music giant has slashed prices on their 20 best-selling plugins, so you can make huge savings on everything from classic EQs to reverbs and compressors, and give your music making a boost in the process.

Highlights of the Waves sale include a massive $269 off the popular PuigTec EQs and the chance to get your hands on the fantastic Abbey Road Reverb Plates plugin for less. This usually sells for $299, but for a limited time it can be yours for only $49.99.

Elsewhere you'll find useful studio tools covering everything from guitars and vocals to mixing and mastering. If there’s been something missing from your music until now, this could be the right time to add some extra spark.

But the deals don’t stop there. If you buy a second plugin you’ll score an additional 25 percent off the total price. Buy three to five plugins and get 30 percent off. For your 6th plugin and beyond you’ll enjoy 35 percent off.

With Black Friday 2019 on the horizon there’s likely to be plenty more where these came from. Don’t forget to bookmark our Black Friday plugin deals hub where we’ll be sharing the very best plugin bargains right up to and including the main event.