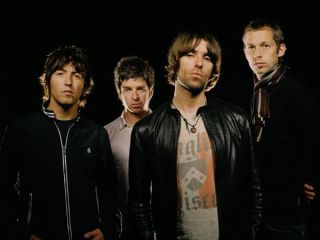 Oasis: "shitstorm" not yet pictured

Oasis leader Noel Gallagher recently told told Q magazine that brother Liam "will fucking freak out" at Noel's suggestion that every Oasis member should record a solo record before the band reconvene.

Noel also recently wrote on his blog that a "shitstorm" was brewing, and he could be right.

In a new Brazilian TV interview, Liam responds to Noel's plans to release a solo record. Noel has recently soundchecked a new song called If I Had A Gun on the current Oasis tour of Brazil.

"If you go on going off doing solo records then there's no Oasis, you know what I mean. Someone's gotta be here keeping it together."

Noel Gallagher has confirmed he will record a solo album next: "I've got a lot of songs lying around and some of them are really great. But they're not Oasis songs.

"They're going to sit there and do nothing, so hopefully at the end of this tour I'm going to go and do something for myself."