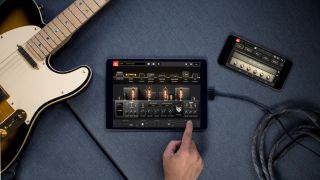 Positive Grid is responsible for some of our favourite plugins and apps of recent years, and now the California co has announced big discounts in the run-up to Black Friday.

Apps are also discounted, with JamUp Pro, Final Touch and X Drummer all available for $10, which is 50% off.

Oh, and if you act before 14 November, you can secure a $40 discount off BIAS Amp 2 Elite - one of this year’s guitar modelling highlights - using the code BA2ELITE20. Noice!

Save big on Positive Grid plugins and apps