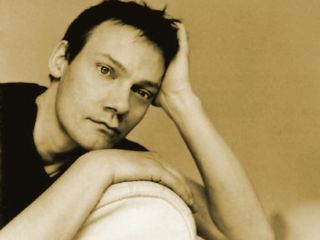 "This is more of a party record than the previous ones," says Orbit of the new album. "It's not a serious, po-faced record, it's not ambient - although it has its ambient moments.

"One of the things about being eclectic is that people don't know what they are going to get. But I would say that it's upbeat with a bit of glitter on it."

The album was recorded in a number of locations, including central London's Leonard Hotel, off Oxford Street, where from 2002-2005 Orbit rented two top-floor suites and a floor in an adjoining building.

"Kids now can sit on a pile of dirty clothes in the corner with a laptop making beautiful tracks. Personally, I've got a nice swivel chair, a table and a couple of Macs. But that's all. The album was done over the last ten years, but didn't really start to ramp up until recently. Some things were ideas and seeds that I'd long wanted to realise and get right."

Go to Wiliam Orbit's blog for his A-Z of recording, his thoughts on use of AutoTune, plenty of soundclips new and old, and a download of his basic OrbitMixer (below) where you can fiddle with his audio for All Saints' Pure Shores.