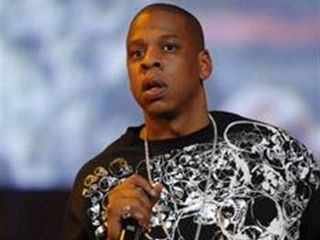 Is a Timbaland-produced Jay-Z album on the cards?

For a man who supposedly retired in 2003, Jay-Z is certainly keeping himself busy. Fresh from winning over a sceptical crowd at last month's Glastonbury festival, it's now being reported that he's set to start work on a new album with super-producer Timbaland.

The pair have collaborated before - most successfully on 2000's Big Pimpin' - but if it happens, this will be the first time that Timbaland has produced an entire Jay-Z album. The producer is already claiming that the record will be a "classic".

Worryingly, Timbaland has also suggested that the album will have bagpipes on it, but this could just be a lot of hot air.