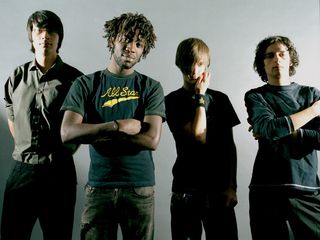 Have they been listening to Pendulum?

London-based quartet Bloc Party continue to innovate and move away from traditional indie and rock guitar band sounds, and new single Mercury follows in the footsteps of Flux on a path towards the dancefloor.

Opinion is split in the MusicRadar office, with one person even commenting, "Thanks for playing me the worst Bloc Party song I've ever heard."

Some of us quite like it though, and we are looking forward to throwing some ridiculous shapes while it rips up dancefloors across the UK in the coming weeks.

Listen to the new Bloc Party single Mercury via a stream from the band's official website, or watch the Planet Of The Apes-meets-Frankenstein promo video here.