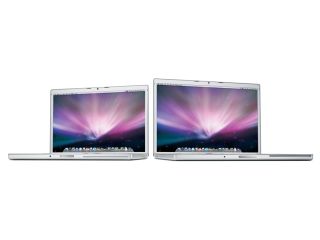 The MacBook Pro could be in line for an overhaul. (Image credit: Image courtesy of Apple)

Rumours are rife that Apple will launch new versions of its MacBook and MacBook Pro laptops in September. As you probably know, the company doesn't talk about products that haven't yet been announced, but many of the Apple gossip websites are speculating that both models could be set for an overhaul.

Over at Computerworld, it's being reported that the new MacBook will be thinner and more rounded than the current model and constructed from one piece of aluminium. Apparently, the multi-touch trackpad may well be made of glass and be able to read 'gestures', which sounds interesting.

Turning to the MacBook Pro, MacRumors.com believes that this could take design cues from the iMac and MacBook Air. It's also likely that any new model would be more powerful than its predecessor.

If you want a more outlandish Apple rumour, how about that one that says the company will also launch a tablet computer (the MacBook Touch, perhaps)? Oh, and we could be getting redesigned iPod Touch and iPod nano models, too.

MusicRadar will keep its ear to the ground and let you know if any further details surface.