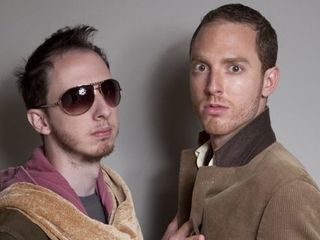 Following the news that The 88 recorded a complete song on the iPhone, New York duo Nuclear O'Reilly have upped the ante by producing what they claim is the world's first iPhone album.

"The freedom of this mobile studio app allowed us to create our newest music on the go: at friends' houses, parties, on the crosstown bus, and on the world famous A train, to name a few spots," say Nuclear O'Reilly (AKA Brad Naprixas and Jared DiDomenico).

You can watch a video documenting the making of Phoning It In below, while the album can be downloaded for free via Nuclear O'Reilly's website.