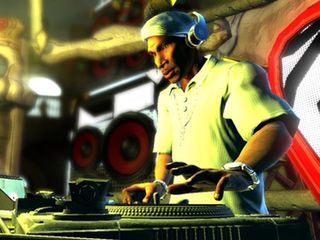 Will your DJ Hero skills compare to those of the virtual Grandmaster Flash?

Activision has revealed details of several more mixes that will be included in its forthcoming DJ Hero. These from the dextrous hands of DJ Yoda and The Scratch Perverts.

A preliminary mix list was released last month, but the specifics of the new tracks are as follows:

MusicRadar has been given in-game footage of some of these mixes - plus a 'History of a DJ' vignette featuring DJ Hero collaborator Grandmaster Flash - so settle back and watch them below.

Grandmaster Flash, History of a DJ