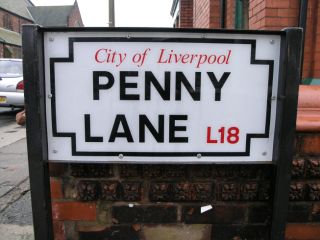 Liverpool's landmarks are all over the Fab Four's back catalogue

It´s an argument that could rage on forever, but a new competition gives you the opportunity to vote for Britain´s most musical city from a shortlist of 10.

All have a rich musical heritage, but we can´t help feeling that Leeds has been unlucky not to get a look in with such artists as Gang Of Four, Soft Cell, Kaiser Chiefs, Whitesnake, The Sisters Of Mercy and The Pigeon Detectives all hailing from its environs.

For some, it has to be a straight dog fight between London and Liverpool. Artists from Liverpool boast an impressive 56 UK number one singles, yet 27 of these were either written or performed by at least one Beatle.

Can the might of the Fab Four backed up by Cilla Black and Ken Dodd compete with London´s The Who, The Kinks, The Rolling Stones, The Sex Pistols and The Clash?

And let´s not forget Manchester, which boasts Oasis, Happy Mondays, Joy Division, New Order and The Stone Roses amongst its legendary exports.

Do no cities from Wales, Scotland or Northern Ireland deserve a look-in? Let us know what you think, or join the debate here.