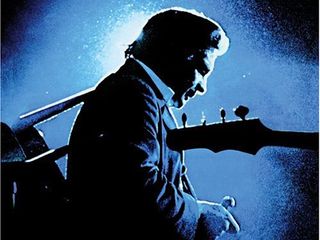 Is the remix project artistically important or a cynical attempt to Cash-in?

If you were to put together a list of artists whose work remixers just shouldn't touch, Johnny Cash might well be on there. It's happening, though: Compadre Records/Music World Music has announced that an album's worth of rehashed Cash will be available this October.

Possible highlights - if that's the right word - include Snoop Dogg leading a remix of Walk The Line and Alabama 3 putting their own stamp on Leave That Junk Alone.

One point of interest is that no multitrack versions of the Cash originals were available, so artists faced the challenge of having to produce a remix using just the release version of their chosen song.

Of course, the Johnny Cash Remixed project could yet yield some fantastic work - and its producers can at least boast that they have the backing of John Carter Cash, the Man In Black's son - but some are bound to ask whether it's such a good idea.

Thinking positively, though, history tells us that reworking a legendary artist's work doesn't always have to mean disaster.

While not to everyone's taste, Mark Ronson's remix of Dylan's Most Likely You'll Go You Way (And I'll Go Mine) wasn't a total embarrassment, and Junkie XL's version of Elvis's A Little Less Conversation was a massive hit.

We're not convinced that The Neptunes brought quite enough to the party when they remixed The Rolling Stones' Sympathy For The Devil, though.

Previews of some of the remixes are available on the Johnny Cash Remix website. This also features a clip of the accompanying documentary, in which some of the artists involved explain how they approached the project.