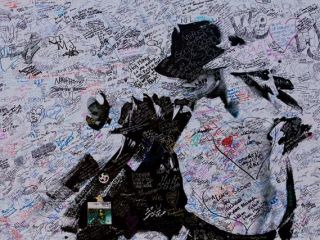 With Michael Jackson's memorial service just hours away, speculation is mounting as to who will perform at the event.

The Sun reports that Mariah Carey will sing I'll Be There, a song she had a hit with in 1992. Usher, who was said to be working with Jackson prior to his death, is tipped to take to the stage, too.

The same paper also claims that Shaheen Jafargholi, the 12-year-old schoolboy who recently wowed Britain's Got Talent judges with his performance of Who's Lovin' You, will perform The Jackson 5 hit at the request of The King Of Pop's family.

Other artists believed to be on the bill include Motown legends Lionel Richie, Smokey Robinson and Stevie Wonder, Jennifer Hudson and John Mayer (who played on Fall Out Boy's version of Beat It).

In a post on Twitter, Mayer said: "I also want you to know that I'm going not to "perform" but to contribute... Proud to be a musician."

It also appears that Orianthi, the guitarist who would have played at Michael Jackson's O2 shows, will make an appearance. A Tweet from her yesterday reads: "Goodnight, see u tomorrow. It's gonna be a very sad day but we will get through it together xx."

The service will take at The Staples Centre in Los Angeles at 10am PST (1pm EST, 6pm BST). It's rumoured that it will close with a star-studded performance of Heal The World.