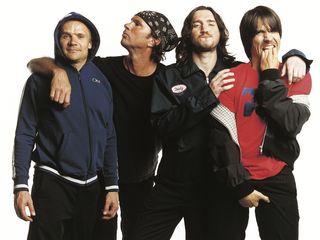 Red Hot Chili Peppers: nominated for the Hall Of Fame

Red Hot Chili Peppers, LL Cool J and Kiss are among the first-time nomineees for induction into the Rock And Roll Hall Of Fame.

Artists are eligible for induction 25 years after their first single or album release.

The Chili Peppers, Kiss and LL are nominated for the first time: there are returning candidates also, notably The Stooges and Abba. Five of the 12 nominees will be chosen for induction in January 2010 once 500 music industry voters have made their choices.

"It's a real honour to be nominated in our first year of eligibility," Red Hot Chili Peppers' drummer Chad Smith told Billboard.com. "Obviously the Hall Of Fame has excellent musical taste."

Two questions. Do these ceremonies even matter? And if so, who gets your vote?

In the meanwhile, here's John Frusciante talking (and playing) funk guitar and more...