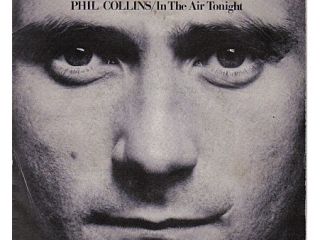 When you're stuck in a rut, it's easy to blame your equipment and conclude that you need to spend a fortune on upgrading your setup.

However, you might be better off rethinking the way you use the gear that you already have, as seemingly crazy ideas have created some of the great new sounds of the last century.

We can't tell you exactly how to change your approach, but we can give you a rundown of some of our favourite moments of madness and inspiration that led to classic music-making and the birth of famous production techniques.

Released in 1984 as a bass guitar emulator for guitarists to play along to, the TB-303 was a relative failure for Roland that was pulled from the company's product range after only 18 months.

Second-hand prices for the unpopular machine plummeted until its popularity suddenly surged in 1986 with the release of Acid Trax by Phuture, a prototypical Acid House track which abused the unloved 303 to make it produce resonant, psychedelic and downright weird sounds that struck a chord with the chemically-altered denizens of Chicago's house scene. Expect to pay well above £1,000 now.

For When Doves Cry in 1984 and then again on 1986's Kiss, Prince took the unusual step of omitting the bassline altogether, instead filling the low end of the mix with heavy, backward-reverbed kick drum sounds taken from early digital music gear. Both tracks became number one hits around the world.

The combination of Linn 9000 and AMS RMX16 as used on Kiss wouldn't come cheap if you were able to find them for sale now but the general principle of using the 'wrong' tool for the job costs absolutely nothing.

One of the ultimate old-skool pioneers, Russian scientist and inventor Léon Theremin debuted his eponymous electronic instrument in 1919. It's hard to imagine now what his audience must have thought - in an era when radios were still relatively new inventions, owned only by a few inventors and some military installations, the spectacle of a man waving his arms at a big metal box and creating ghostly orchestral sounds must have seemed like some kind of fantastic magic trick.

The creation of the instrument itself was something of a lucky accident. Theremin had been studying proximity sensors for the Russian government when he discovered what would become one of the world's first fully-electronic instruments.

One of the most distinctive drum sounds ever recorded came about at Townhouse Studios when Phil Collins arrived in 1980 to record his solo debut, Face Value. The newly-installed SSL desk included a dedicated reverse talkback channel, with a mic hanging in the centre of the live room and heavy built-in compression to allow musicians from all parts of the room to be heard equally when talking to the producer.

At some point during the rehearsal process, Collins and engineer Hugh Padgham stumbled upon the fact that if they left the 'Listen Mic' channel open while Phil played they could achieve a heavy gated reverb sound. That night, Padgham had the desk rewired to allow them to record from the listen mic, which they then mixed with various compressed and heavily gated ambient mics to produce Collins' trademark drum sound, perhaps most famously heard on In The Air Tonight.

Distortion already existed in rock'n'roll, but during the recording of the Kinks' 1964 hit, You Really Got Me, Dave Davies hit upon a new and particularly destructive method of producing the dirty tone he desired.

Rock folklore has it that the teenage Davies brother used a razor blade to slash and rip the speaker of his Vox AC30 valve amp, giving it a rasping, heavily distorted sound. In the early 1960s, when BBC sound engineers would 'fix' any distortion coming out of even the heaviest bands' amps, this was quite a bold move.

It's not just music gear that can help fuel innovation. Sometimes, the location is just as important. In the housing projects of late 1970s New York, the block party was the place to be. Party-goers would gather round to listen to DJs like Kool Herc, Grandmaster Flash and Afrika Bambaataa spin funk, soul and electro records while rappers kept the party going.

Massively important hip-hop techniques and equipment, including scratching, beat juggling, DJ mixers and even the concept of rapping itself, were developed and honed to perfection in this intensely competitive environment.