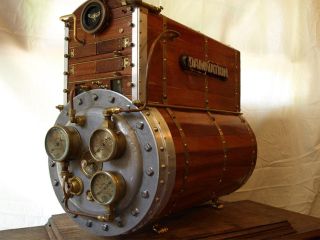 It was built to celebrate the release of Damnation (a Steampunk/Western-inspired shoot-'em-up computer game) but could be yours to own by entering the following competition.

Gaming aside, you could make some serious music with this thing. See the full Flickr set for more pics.