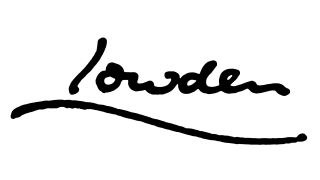 ACOUSTIC EXPO 2014: Hand-built in Downpatrick, Northern Ireland, between 600 and 700 Lowden guitars are made each year by a dedicated team of craftsmen including George Lowden and his two sons.

George designed and hand built the first ever Lowden in 1974, and four decades later every Lowden guitar is still shaped and voiced by hand from the finest materials to exacting specifications.

Lowden guitars are available worldwide through a selective network of specialist retail partners.

It is the complete package of unique design and building techniques using only the highest quality tonewoods that makes the Lowden guitar so unique. Making a Lowden requires a passionate commitment to no compromise.

Time honoured traditional methods used by fully trained craftsmen in their field make these genuinely hand-made guitars. You can see the process captured in photos through the Lowden guitar making gallery.

Lowden guitars have recorded on albums by internationally recognised artists such as Eric Clapton, Foy Vance and Snow Patrol. Eric Clapton recorded Reptile and Pilgrim using his Lowden O38, playing it on the live broadcast when he received a Grammy award for his hit song If I Could Change The World.

Lowden Guitars continue to be the instrument of choice for discerning musicians, including some of the world's most respected guitar players such as Richard Thompson, Pierre Bensusan, Alex DeGrassi, Paul Brady and Thomas Leeb.

We are pleased to feature three guitars from Lowden in the Acoustic Expo, and you can discover their full range by viewing their catalogue here.

In this video, renowned guitarist Thomas Leeb provides an overview of the Lowden range:

In this video George Lowden shares his thoughts on the F32. Visit our Original Series 32 product pageto hear Lowden Signature Artist Thomas Leeb demonstrate the subtleties of tone between the Lowden Original Series O and F 32.

Lowden friend and hawaiian slack key guitarist Stephen Inglis introduces us to his Lowden O35c Fan Fret. The Fan Fret option is available across all three series of the Lowden range. Take a look in this video...

Learn more about the Lowden 35 series and Fan Fret options

The Lowden Signature series models are designed by George to the exact specifications of Lowden Artists who have been dedicated Lowden Players for many years and have become 'part of the family.'

Want to know how these beautiful Lowden guitars are made? You can read all about it in the feature From design to stage, the life cycle of a Lowden.