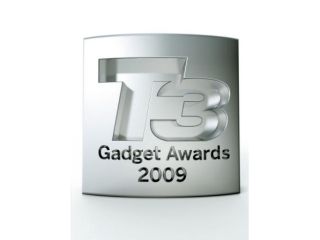 The award everyone wants to receive.

Although life would be possible without our gadgets, it certainly wouldn't be half as much fun. As such, a ceremony that celebrates the hi-tech hardware must-haves of the past 12 months seems like an excellent idea.

The T3 Gadget Awards 2009 is that ceremony: with in excess of 150 nominated gadgets split over 18 categories, it's been described in some quarters as "the gadget Oscars".

You currently have the chance to vote for your favourite product in each category, one of which is Music Product of the Year. Has Korg's Kaosillator mini-synth been your most-loved gadget, or are you still in the thrall of last year's winner, Apple's iPod touch? Now's your chance to let the world know.

As if giving your favourite gadgets some recognition wasn't enough, there's an extra incentive to vote. Anyone who does so stands a chance of winning a host of amazing tech-related booty - there's a gadget prize to give away each week including games consoles, DAB radios and music download subscriptions.

You can cast your votes at the T3 Gadget Awards 2009 website. Voting closes on 22 July.

Watch the video below to see highlights of last year's ceremony. The 2009 awards will be handed out in London on 6 October (venue TBC).