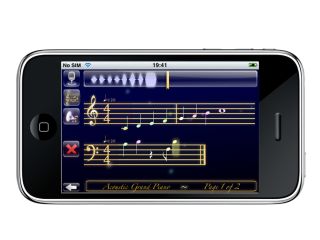 iComposer is one of the most recent iPhone music-making apps.

With less than a week to go until Apple's WWDC, it's being speculated that the company may be set to launch not just one new iPhone model, but a whole family of them.

Engadget reports that we could see 4GB, 8GB, 16GB and 32GB versions of the handset, and it's being rumoured that it's not just storage capacity that will differentiate them.

This suggests that we might finally see the long-rumoured 'iPhone nano' - a feature-light version of the iPhone that would presumably be cheaper than the full-fat models.

Should this be released, it would probably be a tempting proposition, but it's worth bearing in mind that, if you want to run music-making apps, you'll want all the power you can lay your hands on.

This being the case, if Apple does go for a wider range of iPhones, it'll be interesting to see which (if any) get the improved processor and RAM specs that surfaced last month.