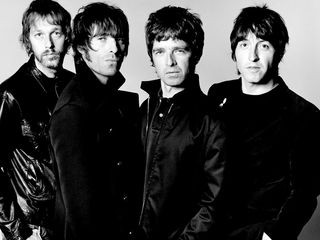 Oasis have released a preview of their new single, The Shock Of The Lightning, to YouTube.

The snippet of the track comes at the end of a compilation of the band's hits, including Supersonic, Rock N Roll Star, Some Might Say, Don't Look Back In Anger and Lyla.

To our ears, it appears that the section of The Shock Of The Lightning previewed is an intro and verse. (Sounds pretty good too!)

The song is set to be released as a single on September 29, ahead of the Oasis's seventh studio album, Dig Out Your Soul, which is out on October 6.

You can watch the clip here.