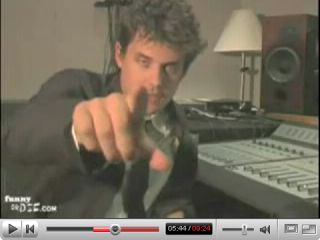 I will make you a hit songwriter

Sometimes it's hard to live in the same world as John Mayer. Maybe it's all the supermodels and hot actresses he's conquered. Maybe it's the mind-boggling amount of gold and platinum albums he's racked up since, oh, ten minutes ago. Or maybe it's that he makes it all look so damn easy.

But at least he's altruistic. Witness this new video, John Mayer - A Lesson In Songwriting, in which the young music superstar shares the tricks of his trade and shows you how to fashion a hit tune in just a few short minutes. Whose body is a wonderland? Follow John's examples and you might find out.