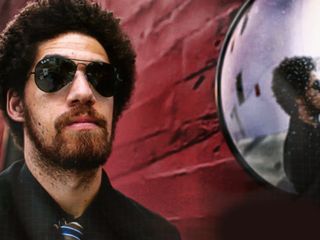 Danger Mouse has new work on the way

Danger Mouse and Sparklehorse have posted a cryptic message about a new collaborative album featuring a slew of famous guests.

Although neither Danger Mouse or Sparklehorse's Mark Linkous have said anything official publicly of a joint project, a poster announcing new album Dark Night Of The Soul was sent to bloggers 31 March.

The poster, posted on Onethirtybpm.com, states that the album will feature the following guests:

Other than the poster simply states the album is "coming summer 2009".

Okay, it's 1 April today but given that the last Sparklehorse album, 2006's Dreamt For Light Years In The Belly Of A Mountain, was partly produced by Danger Mouse, it looks highly plausible.