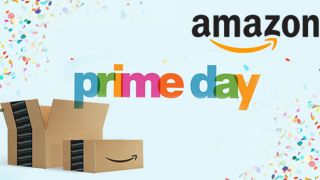 With Amazon Prime Day 2019 already shrinking in the rear view mirror, we wanted to take the opportunity to look back at what an epic event it was for music makers.

For 48-hours between 15 and 16 July 2019, Amazon offered deal-savvy Amazon Prime members huge discounts on around 1 million products. There was plenty of action for musicians, with deals ranging from guitars, microphones and keyboards, to Echo devices, action cameras and iPads.

It wasn't just Amazon that was getting in on the action either. Other major retailers including Walmart, Guitar Center and Musician's Friend had plenty to offer musicians too.

Some of the best deals were aimed at guitarists, including a massive 30% discount applied to 106 D'Angelico electrics, acoustics and basses. We also loved the crazy 47% price drop on Fender's ace PM-TE travel acoustic guitar.

Tablets were particularly popular this year too, with hundreds of you snapping up an iPad or iPad Pro for music making.

Over 175 million items were sold during the event with Prime Members saving over $1 billion dollars between them. With Amazon Prime Day 2020 set to be even bigger, stay tuned to this page for all the latest news and the best deals as they happen.

Did you manage to bag yourself a bargain this year? If not, here's a rundown of what you missed...

The 13 best deals for musicians during Amazon Prime Day 2019

D'Angelico electric and acoustic guitars
Get 30% off at Amazon
Was this the best ever Amazon Prime Day deal for guitarists? This offer served up massive discounts off a colossal range of electric, acoustic and bass guitars!View Deal

Fender’s PM-TE travel acoustic guitar
Save $330 at Musician's Friend
An almighty 47% discount made this one of the very best acoustic guitar deals this year. Fender's top-spec travel guitar boasts a solid Sitka spruce top and solid mahogany back and sides, plus a Fender/Fishman-designed preamp - and hardcase!View Deal

Supro Jamesport electric guitar
Was $899, now $519 at Guitar Center
This retro-vibed single-pickup number is one of the highlights of Supro’s mammoth guitar range, boasting a Gold Foil designed to capture those classic blues-rock vibes. On Prime Day it was available at an insane price.View Deal

Line 6 Firehawk 1500 stereo guitar combo amp
Down from $999 to $799 at Musician’s Friend
This six-speaker stereo amp is designed to perfectly replicate its vast array of onboard effects, which can be controlled via Bluetooth. And at $799, it made a nicely priced one-stop guitar tone shop on Prime Day.View Deal

Ernie Ball Slinky Nickel Wound Sets (3 Pack)
Get 62% off at Amazon
You can never have too many sets of strings, and Prime Day was the time to stock up, with a whopping 62% off a three-pack of Ernie Ball Slinky strings.View Deal

Casio CDP-240 88-key digital piano: now $120 off
If you were on the lookout for a new full-size digital piano with over 1000 different tones, songs and rhythms onboard, the discounted CDP-240 was well worth exploring on Prime Day.View Deal

Evans EMAD System pack. Was $78, now $53.38
At just $26.69 per head, Prime Day was a great way to add punch, clarity and low end to your kick drum sound without breaking the bank.View Deal

GoPro HERO 7 Black. Was $399.99, now: $343.00
On Prime Day you could have saved $57 on the king of action cameras, giving you the ideal way to film your band's live performances, stream your own playing directly to Facebook Live or record your practice!View Deal

Amazon Echo Plus (2nd Gen) + 6mo Amazon Music Unlimited
Was $197.93. Now just $109.99. The king of Echo devices enables you to enjoy powerful, 360-degree sound thanks to a downward-firing 3-inch subwoofer and an upward-firing 0.8-inch tweeter.View Deal

Jack Daniel's Gentleman Jack: was £36.00, now £18.99
There were plenty of fantastic whiskies on sale on Prime Day, including this delicious and upmarket Gentleman Jack tipple at almost 50% off the usual price.