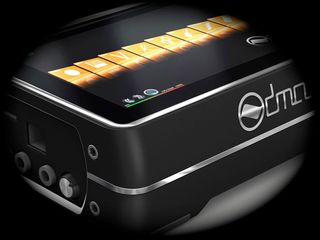 As well as playing host to the latest wares from established manufacturers, the Frankfurt Musikmesse has traditionally been the launch platform for many innovative products from smaller companies. Teenage Engineering's OP-1, for example, made its debut at the show in 2009, and Elektron revealed a prototype of the Octatrack in 2010.

So which lesser-known hardware or software developer is going to draw attention away from the big guns in 2011? It might just be Dark Matter Audio, which is preparing to announce the DMA1. This is billed as a "Smart Audio Hub that knows no limits".

So what does this mean? Who knows, but the teaser shot above suggests that the product has a top-mounted display, and we're told that "its features are innovative and its capabilities are vast".

One thing's for sure: MusicRadar will be tracking down Dark Matter Audio as soon as the show opens next Wednesday and finding out more. Keep an eye on our Frankfurt hub for this and more Musikmesse video highlights.