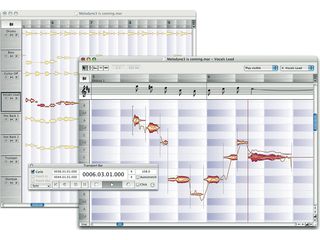 Will the new version of Melodyne give us even greater audio editing flexibility?

When Celemony Software launched the first version of Melodyne at the 2001 Winter NAMM show, it left the people who saw it shaking their heads in amazement. This revolutionary app enabled you to edit monophonic audio files almost as if they were MIDI, and represented a genuine leap forward.

Since then, Celemony has updated the software several times - it's currently at version 3 - but none of the revisions has come close to having the same impact as the original. However, the company reckons that with its ‘Direct Note Access´ functionality, it´s set to reinvigorate the Melodyne brand and wow the watching world once again.

We don´t currently know how Direct Note Access will work - just that it will be premiered at the 2008 Musikmesse show that takes place in Frankfurt between March 12 and 15. However, rumours are rife that it could enable the editing of individual notes within a polyphonic audio file (a piano part, for example).

Celemony has announced that a press conference will take place on Wednesday March 12 at 3pm - we´ll bring you confirmation of how the new functionality will work shortly afterwards.

In the meantime, you can find out more about the existing Melodyne technology at the Celemony website.