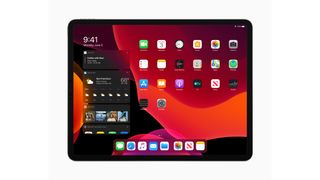 We've already seen some pretty impressive iPad offers from Walmart, and with Prime Day music deals now fully up and running, Amazon has joined the Apple discounting party with its own mega deals, too.

Whether you're in the UK or the US, there are big savings to be had on both the standard iPad and iPad Pro in a variety of size, storage and connectivity options, so whether you're shopping at the entry level or you're in the market for something more high-end, there's a deal to tempt you.

Apple iPad Pro - 11-inch, Wi-Fi, 1TB: £1,367
If you can do without cellular connectivity on your new iPad Pro, this could be the 1TB deal that you pull the trigger on. We certainly wouldn't blame you.

Apple iPad Pro - 11-inch, Wi-Fi + Cellular, 64GB: £811
The slightly miserly 64GB of storage might be a bit of a problem for you, but if you can deal with that (or you prefer to stream and keep your files in the cloud, then this could be the tablet for you.
View Deal