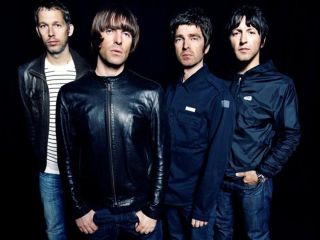 Oasis and The Killers have been announced as the headliners for 2009's V Festival, which takes place across sites in Stafford and Chelmsford on 22-23 August.

In contrast to some of the rather senior acts set to feature at Glastonbury 2009, at the moment the V lineup seems rather more current, and frankly, much more interesting.

Alright, so Seasick Steve, The Happy Mondays and The Specials are no spring chickens and Glastonbury is about much more than the headline acts, but our scorecard has the V Festival ahead on points at this stage in the fight.

Meanwhile, it looks like Oasis's planned April dates in Shanghai and Beijing are now unlikely to go ahead after the band's licenses to perform were revoked. It's thought that Noel Gallagher's appearance at a 1997 Free Tibet concert in New York is to blame.

A band statement said: "Oasis are extremely disappointed that they are now being prevented from undertaking their planned tour of mainland China and hope that the powers that be within China will reconsider their decision and allow the band to perform to their Chinese fans at some stage in the future."

Oasis intend to continue with plans to perform in Hong Kong on 7 April, followed by a series of eight concerts in South Korea and Japan.