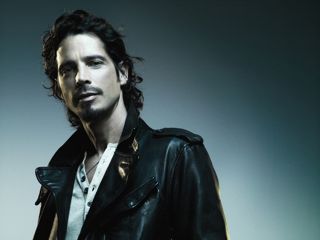 Chris Cornell is 'b-sides' himself about possible Soundgarden CDs

For months now, talk of a Soundgarden reunion has been heating up - and some of that chatter has come from Chris Cornell himself, who told MusicRadar that "it could definitely happen."

Last week, however, Cornell confirmed that Soundgarden are talking, but instead of looking to the future (as in a reunion), they're looking at their past and planning a retrospective set - or two.

"The only thing that we have talked about is trying to put together an album of b-sides and maybe a box set with some unreleased tracks," Cornell said.

"We all feel it's time to do that, and we have a lot of fans out there, and we have a lot of new fans discovering our music, and I think the catalogue and the legacy of the band has been ignored by the record label and previous management, so we decided to get together, and start working towards putting something like that out."

If Cornell had to pick between an album of b-sides or a box set, it sounds as though he'd choose the former.

"We did so many b-sides, and we were always miffed by the concept that the largest part of our audience was in the US, and yet, we were always churning out b-sides for other territories, so they would buy the local release instead of the import. That's what I am the most excited about."

And as for that Soundgarden reunion? He's still up for it - in theory. "I want to be open to anything," he said, "but nothing has changed in terms of our attitude toward it. It takes somebody to really stand up and say, 'We should do this, we have to go do this, let's go do this,' and so far, no one has raised their hand to do that. Still, it's not impossible."