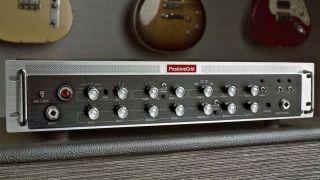 Like the Head, the Rack is a 600W standalone guitar amp with Amp Match technology, which allows guitarists to mimic any existing amp tone, while users can also design their own amps component by component, thanks to integration with BIAS Amp for mobile and desktop.

25 factory presets are included, and by using BIAS Amp, infinite presets are available and downloadable from the ToneCloud.