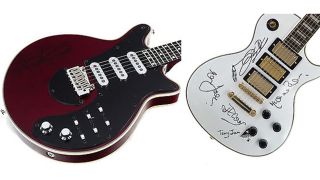 As a way of giving something back to the industry that has looked after Andertons for 50 years, Lee and Peter Anderton decided that the event would also raise money and awareness for the charity Music for All.

In addition to a personal donation of £5000 from Peter and Lee Anderton, over £20,000 worth of interesting musical equipment was on show in advance of a special auction starting on 21st July.

Bidding is open now. To find out more about the lots and how to bid head over to the auction page here.

Here's a full list of items up for grabs