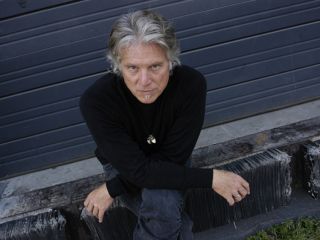 Stephen Bruton, the Texas-based guitarist, singer and songwriter renowned for his work with Bonnie Raitt, Kris Kristofferson and many others, died 9 May 2009 due to complications from throat cancer. He was 60.

Over the following years, Bruton had guitar and production credits on Carly Simon's 1976 release Another Passenger, Bonnie Raitt's huge-selling Luck Of The Draw and numerous albums with Texas based singer-songwriter Alejandro Escovedo.

Bruton also had acting roles in many movies including Pat Garrett And Billy The Kid, Heaven's Gate, A Star is Born, Miss Congeniality and The Alamo.

Bruton was working with T Bone Burnett at the time of his passing.

"Stephen Bruton was the soul of Texas music," said Burnett said in a statement. "This is an incalculable loss. He was my oldest friend and I loved him like a brother. I learned more from him than I can say."