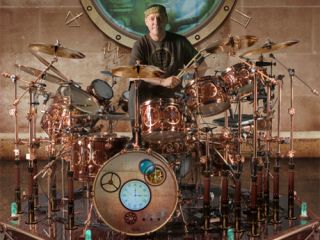 Don a monocle and check out the Pearl forum for more detailed kit shots, and hit-up Pro-Mark for a slide show of pictures from Rush's opening Time Machine show in Albuquerque last week. Magnificent.