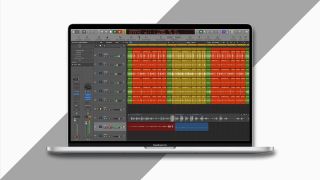 For musicians, producers, DJs and performers, the Apple MacBook Pro has long been the first choice when it comes to laptops. While Windows-based machines have seen an upsurge in popularity, for many users the buck stops at the MacBook Pro. What is it that makes it so popular? Different people will have different reasons, but for us it’s the combination of design, performance, intuitive operation and overall usability that makes it hard to beat.

Where things can become confusing, however, is knowing which is the right Apple MacBook Pro for you. Allow us to walk you through some of the options on offer today, with a particular focus on music creation, audio production and performance. Our price comparison software has found the very best cheap MacBook Pro deals online right now too.

At full price, here’s what you can expect to pay for the standard MBP models. We’ve seen significant price drops on Apple laptops in recent months, so it’s well worth keeping an eye out for a deal if you’re in the market for a new music-making machine.

For many musicians, the Apple MacBook Pro is ubiquitous with their work. It’s long been a cliché that Apple make creative devices, and Windows powers business machines. Those lines are blurring somewhat now, but the Cupertino-based firm still knows how to cater to its users’ demanding requirements. The modern MacBook Pro line-up consists of two different main variants; the traditional 13” screen model, which offers the perfect balance between power and portability, and the newly-released 16” screen model which is geared towards performance.

Apple has always prided itself on usability. It knows there are large sections of its potential userbase who aren’t computer scientists, and don’t want to spend time messing with settings in order to optimise their system. The old tagline - ‘it just works’ - still stands true today, making Apple systems easy for anyone to get to grips with. That said, it is in the small details that you can see these machines are built by people who understand the user. Little things like the plug-and-play nature of most peripherals, or the way musicians can combine multiple audio interfaces. This says Apple understands its audience, and gives them the tools to carry out their work.

One major benefit the MacBook Pro offers, specifically for musicians, comes not in the laptops or hardware, but in their associated software. Logic Pro X - still going strong thanks to regular updates - is the DAW of choice for many producers, combining as it does the features and functionality needed by the professionals with the usability for which it is famous. Not forgetting Garageband either; where once this was seen as a fairly entry-level application, it has grown immensely and now boasts many features which elevate it above a mere toy.

Let’s take a look at some of the options available in the current Apple MacBook Pro line-up, and see which ones are best for music production.

As we mentioned, the MacBook Pro range has now been streamlined to contain two main variants. For users requiring portability - perhaps DJs or performers - the 13-inch MacBook Pro takes some beating. The smaller form factor makes it ideal for taking from studio to venue, with the right amount of power and performance to ensure you can work. The 16” MacBook Pro is clearly geared more towards the professional user, packing in much more in the way of performance.

Common across both the 13” and 16” models are a number of features, notably the infamous Touch Bar. Whether you like the Touch Bar or not is entirely your preference, but if you’re using Apple software applications like Logic Pro X or Final Cut then there are some clear benefits to getting to grips with it. We found the speed with which we could navigate our way around our Logic timeline helped our workflow immensely, while shortcuts and context specific actions like the recording panel became genuinely useful once we’d adjusted to them.

You can even make it into a multitouch piano roll if you like, which is ideal for anyone travelling who doesn’t fancy lugging a 49-key MIDI controller everywhere they go.

Both come future-proofed thanks to their Thunderbolt 3 ports. While anyone with a bunch of legacy USB gear might curse (dongle-anger is a thing, right) the benefits in terms of performance and speed of switching to Thunderbolt 3 make it worth the hassle.

Final mention goes to the Retina screen, which is common on both variants. Still, to this day, this is one of the finest screens we’ve come across and makes detail-heavy studio sessions a breeze to navigate around.

Apple MacBook Pro 13”
Within the 13” range there are four different base specifications. At the entry-level, you get a 1.4GHz Intel i5 processor, 8GB or RAM and a 128GB SSD. This combination would perhaps be slightly underpowered for serious studio or recording work, but would be more than enough for DJ or performance tasks. This retails for £1,299/$1,299 and would be ideal for anyone looking to start out in the world of home recording, or someone with an established studio looking to create a travelling rig for working on the go.

Moving up the range, you start to find faster processors and more storage, which beefs up this model. And, while 8GB or RAM might seem underwhelming, this can be configured up to 16GB if you purchase direct from Apple. Sadly, these models cannot be upgraded using aftermarket parts so ensure you’ve chosen the right model before you part with your cash.

At the top end of the 13” roster you can configure a model with a 2.8GHz Intel i7 processor, 16GB RAM and up to 2TB solid state storage. This takes it into the realms of a serious workstation, and has a price to match - £2,449/$2,449. At that sort of money, you perhaps question if it’s worth considering the larger model, but that dinky 13” form is a strong pull for some.

Apple MacBook Pro 16”
The new Apple MacBook Pro 16” - released at the end of 2019 - delivers the best portable Apple experience. There are two base variants - each configurable if bought from Apple - with enough power to suit demanding audio production tasks. Indeed, these models would happily operate as the beating heart of a fully-fledged studio.

For pro users, the chance to upgrade this to a maximum 64GB RAM, as well as beefing up the video card and adding up to 8TB of storage, makes this a rig that would rival many desktop computers. Fully configured to its maximum potential you’re looking at a cost of £5,769/$5,769, again only available directly from Apple.

In terms of alternative music-making laptops, you have a few options. The main contender is the Dell XPS range, which is well positioned as a strong non-Apple device for mainstream creative work. This range is split into two main variants – a 13” version starting from £899/$949 and a 15” version starting at £1,379/$1,349. The XPS range offers similar specifications to the MacBook Pro models, with superb design and build quality throughout.

The Surface Laptop, from £899/$999, could be seen as a direct rival to the MacBook Pro, offering its glorious touchscreen as the icing on the cake. Clearly you aren’t going to be able to access the Apple operating system, but if your needs aren’t based around it currently then this isn’t won’t matter.