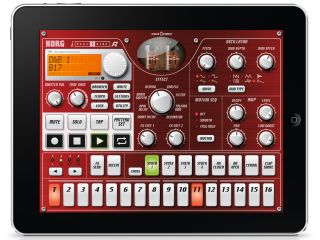 Here's a cool story from our chums at Music Radar.

iOS music making has become a very big deal in 2011, so it seems entirely appropriate that, as the year draws to a close, a special event for mobile music makers has been arranged in London for this Wednesday evening (7 December).

You'll be able to play with these under the guidance of a team of experienced producers and specialists.

There will also be interview and Q&A sessions with the creators of Liine Lemur for iPad (this is an exclusive preview) and Korg iElectribe, plus walkthroughs on GarageBand, SoundCloud for iPad and NI iMaschine (this last one from Morgan Zarate of Spacek, Hyperdub and The Shining).

Visitors will also see producer showcases from So Solid Crew's Dready and Ace from Skunk Anansie, while there'll be a DJ set featuring tracks produced using mobile apps (these can be submitted now via SoundCloud).

CDR Knowledge - Create Music Mobile takes place at Reliance Square, 29A New Inn Yard, London EC2A 3HH and runs from 7-12pm on 7 December. Entry is free, though you need to register for tickets.