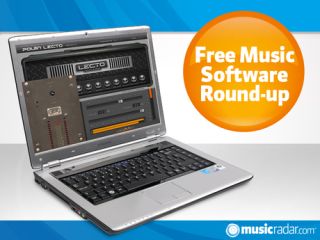 Peak limiting and loudness maximising are both covered by this week's free plug-ins, and there's another amp sim for the pile.

We should also tell you about Variety Of Sound's NastyDLA - it's not available yet, but this chorus/echo device with tape delay simulation is coming soon.

It's rare for more than a couple of weeks to go by without a new free guitar amp sim joining the freeware ranks: this one was inspired by a piece of American modern high gain hardware. It has two channels, each of which offers three modes, and all the appropriate controls.

An update rather than an all-new plug-in, but Mac compatibility is one of the things that's been added to this lookahead brickwall loudness maximizer plug-in, so we thought you'd be interested. There's also an improved limiter algorithm and improved release curve at high compression levels.

Sir Elliot's latest freebie does exactly what its name suggests, and is described as "simplistic yet useful". Its developer also says that "its sole purpose is to prevent overshoot, which is common with high dynamic music without the artefacts of a compressor".