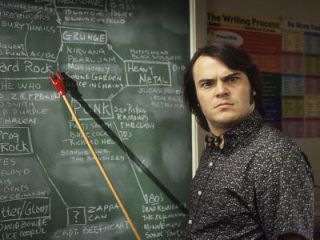 The process of writing lyrics, perhaps more than any other discipline in music, is very personal to the writer. Everyone has a different approach, and what will work well for one lyricist will not necessarily work for another. Some people can write a whole song in five minutes, for some people it can take months.

However you write, though, and whatever your style, we've put together some pointers that we hope will prove useful. Some of them are rules of thumb; others are ideas to help you get out of any creative rut. The main thing to remember is that as with any other art form, there is no right or wrong way to do it. Experiment with the tips, tricks, dos and don'ts below, but remember that in this case, the rules can sometimes be broken. If you like the tips below, there's a lyric-writing blog post with a few more thoughts on the subject.

1. Practice. Like any other creative process such as playing guitar or programming synth sounds, lyric-writing is a skill that can be learnt and improved upon.

2. Don't be disheartened if your lyrics aren't perfect on the first draft. Many professional writers will rewrite a song's lyrics dozens of times before they make it onto record.

3. Persevere. More often than not, songs aren't born, they're created and sculpted. Don't expect a song to arrive fully formed; they sometimes take time and you'll need to work at it.

4. If you can't quite figure out how to say what you want within a particular line, jot down the gist of it and move on to another part of the song - you can come back to it later. That way, you won't spend hours wrestling with one small line that might turn out to be insignificant in the wider context of the song.

5. Try to have a clear idea of what the song is about. You should be able to sum up the essence of the song in one sentence.

6. Analyse other songs. Try to pick out the differences in lyrics between your favourite songs and your own, and apply any lyrical techniques you learn to your own work.

7. Make sure the song has a clear structure and progression. This is particularly important in narrative songs (songs that tell a story). A quick test is to read the finished song through from start to finish, asking yourself "does this make sense?"

8. Use context. Adding a back-story to explain the situation (for example) can add interest, and can change the entire meaning of any lyrics following it.

9. Use perspective. For example, a classic songwriting trick is to describe an event in the first verse, and add perspective by describing how it affected you or made you feel in the second verse. Another viewpoint can put an interesting spin on an otherwise straightforward point.

10. Choruses require a different approach to verses, especially if you're writing pop. They often need to be more 'plain' and easy to remember. A common trick is to write the 'setup' during the verse, and the emotional 'payoff' in the chorus.

11. Experiment with rhythm within a line. A line can have its own rhythmic bounce or flair and still fit in within the overall rhyming scheme.

12. Use light and shade. Contrasting the happy and positive with the sad and downbeat within a song can be very powerful. Context is everything: a joyous chorus after a more solemn verse can make the chorus even more uplifting.

13. Don't use an excess of adjectives, or describing words. While they are clearly essential to a songwriter, adding too many can make a lyric less concise.

14. Don't feel that using imagery will make your lyrics too arty or flowery. Used well, it can evoke emotions or moods that can't be created by using blunt description alone.

15. Be careful when using the emotional abstract, for example, saying things like "I want to feel free". Complex emotions are often difficult to describe; it's sometimes more effective to use imagery (see tip 14) or context (see tip 8) to convey an emotion rather than simply stating it.

16. Experiment with tense. It can be interesting to write about the past, present and future, sometimes all within the same song.

17. Be clear. Remember that the listeners might miss a word, or a line, or three. Don't rely on just one small line to put the whole song in context.

18. Experiment with attitude. Songs can be humble, arrogant, hopeful, sombre, aggressive and more. Creative droughts can often be tackled by radically changing the outlook of your lyrics. This isn't to say that you shouldn't be yourself, but a bit of experimentation won't hurt.

19. Experiment with pronouns. Songs don't always have to be written using 'you' or 'I'. Lyrics with plural pronouns such as 'we' and 'they', for example, can give a very different feel to a song. Avoid using too many different pronouns in the same song though as this may be confusing.

20. Don't use too many words. Cramming a line full of words where they clearly won't fit may cause each word to lose its impact; it's normally wiser to re-write the line completely rather than trying to play literary Tetris.

21. Be aware of the 'sounds' of words. Words have an inherent sound to them which becomes even more pronounced when sung rather than spoken. Some words sound spikey, some stodgy, some open, some blunt, some roll off the tongue. Take the sound as well the meaning of the word into account when writing.

22. Be cautious when using 'clever' or overly elaborate language. These words often look fine on paper, but normally don't translate well into song. You also run the risk of alienating listeners that don't know what a word means.

23. Consider the rhyming scheme, if there is one. It's important to remember that how 'catchy' your song is in not just a product of the music and melody; it also comes from the lyrics, especially the rhythm and rhyming scheme.

24. If possible, avoid writing filler lines in order to make rhymes work. It's fine to use filler when mapping out the structure of the song, but you should use any subsequent re-writes to try and make each line count in is own right.