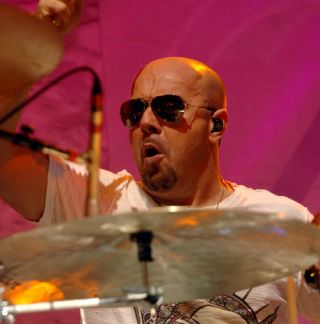 Jason Bonham may have landed the gig just about every drummer wanted when he sat in with Led Zeppelin a few years back, but it didn't come without its Spinal Tap moments.

Bonham, who earlier this week played a blistering, intimate set with new band Black Country Communion, told Nightwatcher's House of Rock that his bass pedals got the better of him while rehearsing for the historic reunion show.

He admitted: "I was having an argument with my drum pedals. I actually took them outside, and drove over them several times with the car. Shouting at them and telling them they'll never work again."

Whether said bass pedals have worked since remains unconfirmed.