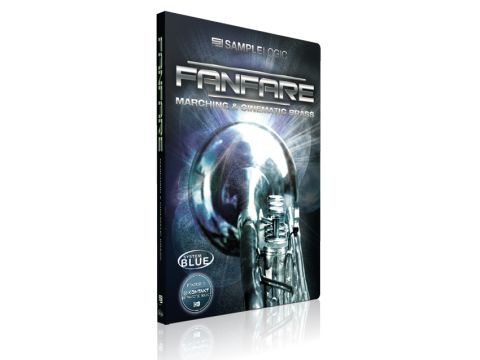 If you can do without included MIDI articulation, Fanfare is a great source of high-quality brass sounds.

Rather than focusing on complex patches that use MIDI modifiers to access a variety of playing styles, Fanfare does away with articulations altogether.

Some patches have modwheel and aftertouch-assigned modulation, but for the most part, the patches come as they are. The interface enables you to change the level of the mid, close and far mics among other parameters, though, so there's a fair degree of control over the timbre.

The basic solo and ensemble patches are good, giving the user a wide variety of playing styles to experiment with. The quality of the sounds themselves is great.

You also get some more abstract patches using the same source sample, from useful pads to stuff that's so processed it's not classifiable as brass. These seem like odd inclusions but they don't detract from the overall value of the package.