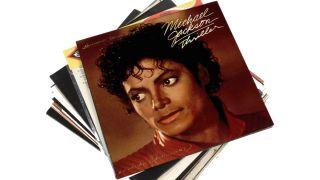 Thriller was one of several Temperton-penned Michael Jackson hits.

Rod Temperton, the British songwriter who wrote some of Michael Jackson's biggest hits, has died at the age of 66.

Temperton began his career as the keyboard player for R&B outfit Heatwave, penning hits such as Boogie Nights and Always and Forever for the band. But it's for his work with Jackson that he'll be best remembered: he wrote both Rock With You and title track Off The Wall for the King of Pop's 1979 album, and Thriller from 1982's follow-up LP of the same name. He contributed Baby Be Mine and The Lady In My Life to that record, too.

Temperton kept a low public profile, but went on to write for many other artists, including George Benson (Give Me The Night), Herbie Hancock and Aretha Franklin, and also enjoyed success as a film composer.

It's being reported that Temperton died last week following a brief battle with cancer. Stars have taken to Twitter to pay tribute, with The Weeknd saying "R.I.P to the legend Rod Temperton," and Nile Rodgers writing that "Your genius gave us a funkier world!"