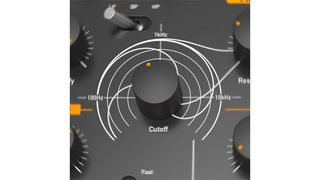 Go on then - tell us what you think it is.

NAMM 2014: We don't know what it is or what it does but, if the teaser photo it's released is to be believed, Waldorf will have some new hardware to show at the NAMM show.

In fact, the company says that it has more than one exciting new product, and we're going to stick our neck out and say that, based on the fact that it has a filter on it, the one in the shot above will be some kind of synth.

All will be revealed, we suspect, later this week, when you can expect to find more details both on MusicRadar and the Waldorf website.