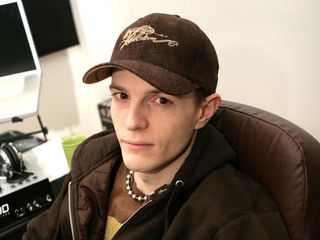 Deadmau5: not available for weddings.

Canadian house producer Deadmau5 (pronounced Dead Mouse) has been clarifying comments he made during an interview with the Irish Daily Star newspaper in October, when he is reported to have said that "all DJs are fucking c*nts".

"I don't really see the technical merit in playing two songs at the same speed together," he opined. "[They are] my number one customer, right, so I'm not gonna go diss every fucking DJ. But to say you become this massive... performer by playing other people's productions at the same speed as someone else's productions and fading between the two of them, I don't get it".

"I'm not a total fucking idiot"

The remarks provoked widespread criticism on the internet, so Deadmau5, AKA Joel Zimmerman, has posted a retraction of sorts on his blog.

"I could only have imagined people would read into it so much and miss the point completely.

"I'm not a total fucking idiot, and I recognise talent when I see it... and there are many talented DJs out there for sure. In my eyes, those would be the individuals who utilise technology to deliver the music in ways that are both skilful and innovate, more so than my vision of the 'play/stop/pitch' DJ."

So, there you have it - not all DJs are "fucking c*nts", just some of them.