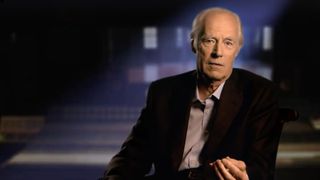 The musical world is still reeling at the death of George Martin, who passed away on 8 March 2016 aged 90. What followed was an outpouring of tributes on social media from fans, colleagues and those who knew him best.

Amongst those tributes was this from Ringo Starr: a short video on his Facebook page, featuring himself alongside George's son Giles and other producers including Brian Eno, Rick Rubin and Tony Visconti.

Alongside the contributions we also see George talking about his experience of working with The Beatles, including some insight into what it was like to work with Paul McCartney on Yesterday.

MusicRadar users recently voted George Martin as the greatest producer of the '60s.