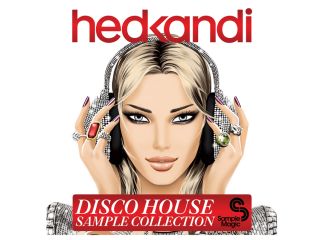 Get rad disco house sounds in a jiffy

To celebrate the launch of the new Disco House sample set by Sample Magic and Hed Kandi, a new remix contest is being launched. Now, in a world that's full of promises of the big time simply by entering a competition, this one actually looks quite good, with a release on the next Hed Kandi compilation as the top prize. So what are you waiting for? Check the details below, get your disco wig on and power up your studio!

Here's the details from the press release

To coincide with the launch, we're giving one talented producer the chance to be released on a forthcoming Hed Kandi compilation, along with a limited edition framed award disc plus £800 worth of Hed Kandi and Sample Magic goodies - including 10 sample libraries and our two books - The Secrets of House Music Production and Paul White's The Producer's Manual. All you have to do is to create your own track using at least one loop from Hed Kandi: Disco House Samples and upload it to us by 14 Nov 2011.

More details and the smallprint can be found here.