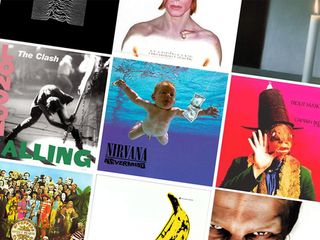 UPDATE: The nominations are in and it's time to get voting, check out the shortlist of 25 below - based on your nominations - and cast your vote now for the greatest album cover of all time!

It started as a simple office debate - what is the greatest album cover ever? Time and time again MusicRadar has brought you lists of some of the worst album covers in existence, from awful metal monstrosities to Christmas catastrophes. But when it comes to deciding on a list of the best, Team MusicRadar can't seem to agree.

Tell us what you think of the greatest album cover shortlist, who you're voting for and your reasons why, like this: