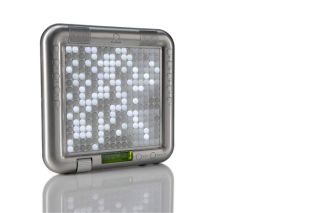 Yamaha Tenori-On - a cracker of a product

Music is a gift that keeps on giving, as we've said.

And much better than our Christmas turkeys are these delightful ideas that we think are some of the best bits of 'stuff' we've seen in 2008, and those heady wishes we've scrawled on our letters to Santa.

If you've done all your Christmas shopping for others but still want to make some random requests for what YOU want, don't forget to comment below.

If MusicRadar had this stuff and inspiration, we'd make for a pretty weird house band. But, hey, we do anyway...

It's a bit of an understatement to say that Noel Gallagher likes to talk. And recently, the guitarist can't open his mouth without the words "my amazing solo album" spewing forth. He's also keen for brother Liam to do the same. Because Liam - who only started contributing material in 2000 - apparently has "tons and tons of songs." So let's 'ave it: two solo albums, two gargantuan egos and one very sore loser… Noel. Tom Porter

Okay, so it's six hundred quid and I'd probably end up making something worse than what I could've made in Bloom in half the time BUT I still want one of Yamaha's geeky noisemakers. Three reasons
1. It looks likea spaceharp played by a green lady off Star Trek.
2. I would be very popular in pubs, clubs and other places where sexy people who swap Boards of Canada bootlegs go.
3. Look how easy it is - next stop, the charts! Mike Goldsmith

Lidell was criticised in some quarters for abandoning his techy roots and producing a straightforward soul/pop record - he's still signed to Warp, let's not forget. But the fact remains that Jim contains a set of great songs. Heavy on hooks and grooves, the album puts Lidell's superb voice to the fore and has echoes of Stevie Wonder, Otis Redding and Al Green. It was released in April, but we're still listening to it now. Ben Rogerson

A Gretsch White Falcon - what Santa would play?

Whiter than Santa's beard and blingier than P Diddy's Christmas tree, the White Falcon is one of those grandly-desirable instruments that only the likes of John Frusciante get to play. I'll never likely own one - there are more sane ways to spend £2300 - but it would be the best sort of white Christmas if Santa could sort it? Michael Leonard

A new Band Of Horses album

Is There A Ghost by Band Of Horses is probably my favourite song of the last few years, and I was lucky enough to catch the band light up the John Peel tent at Glastonbury in June. Reports suggest we'll have to wait until mid 2009 for album number three, but if it's anything like the first two it will be worth every second of that wait. Chris Vinnicombe