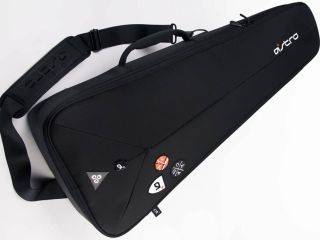 Music is a gift that keeps on giving, of course. But sometimes it's very much better to give than receive, so this is MusicRadar's list of 'stuff' we definitely don't want for Christmas.

Really, we've had enough, we want a quiet life when it comes to these things. So stop it now.

You have to wonder which SanDisk exec stood up during a meeting about the impending doom of the music industry and said, "Hey, consumers have been turning away from physical music formats in favour of digital downloads for years, let's make a brand new physical format!" And so, the album-on-a-1GB-microSD-card-CD-killer was born, and it was christened: "Crappy Crap Crap." Latest reports suggest SanDisk has been forced to lay off 10% of its workforce. Tom Porter

Auto-Tune - we've had too much and feel sick

Don't get us wrong, Auto-Tune is an extremely useful studio tool that can work wonders on a dodgy vocal, but the current trend that's seen the likes of T-Pain, Lil Wayne and Kanye West use the software at aggressive settings to 'robotise' their voices has got to stop. To be honest, the effect was passé before any of them even started using it. Ben Rogerson

More bands pissing away their own legends

2008 finally saw the release of the long-awaited and preposterously expensive Chinese Democracy. Classic Guns N' Roses it most certainly isn't. This followed reports of Led Zeppelin touring without Robert Plant and the absolute horror of Queen plus Paul Rogers' The Cosmos Rocks. And please, please Ray Davies, don't reform The Kinks to collaborate with Johnny Borrell. As an insightful man once sang: it's better to burn out than it is to rust. Chris Vinnicombe

A Creed comeback? Divine intervention may be needed

Let's assume the guys in Zep spirit away Myles Kennedy from Alter Bridge - that doesn't automatically mean Mark Tremonti (a nice guy, I should point out) has to inflict a new round of Creed on the world. Dude, find yourself a new singer for Alter Bridge. Scope out YouTube. There's guys that put Scott Stapp to shame. In fact, I think three live down my block. I'll help you. Just please, for Christmas, no more Creed. Thanks. Joe Bosso

Rock Band and Guitar Hero are fun games no question, but can we just keep some perspective? They're as likely to produce the next real rock star as much as playing F1 on PlayStation3 will turn you into Lewis Hamilton: ie, not much. So you can keep your Guitar Hero controller Roadie bag and give me the $130 (!) instead. Michael Leonard

And by MOSS, I mean Mail on Sunday Sounds, the new record label from the UK newspaper. Building on the paper's successful giving away of albums by Prince and McFly, the first two 'real' releases are by a granny-targetted Xmas choir. What next? Well, The Guardian have had a good (and extremely funny) guess while MusicRadar has a fiver on Sir Cliff singing Village Green Preservation Society. Whatever's coming, count me out. Mike Goldsmith