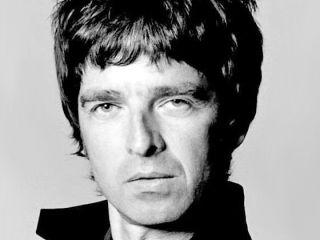 After years of speculation, Oasis songwriter leader Noel Gallagher says he does plan to record a solo album.

He told BBC Radio 1 that he wants to do a "separate" release from Oasis when the band's current mammoth tour is over towards the end of 2009. And Noel wants brother Liam to do the same.

"I don't specifically put songs aside", said Gallagher. "There are songs that have just fallen by the wayside that are still great but have missed their moment. Like Stop The Clocks, for instance. That needs to come out soon.

"At the end of this tour, I'd like everybody in the band to do something separately"

"At the end of this tour, I'd like everybody to do something separately. I think it would be interesting for our fans.

"I also think because we've ended up with this album at a place where we were working to for the last five years. It's kind of like: What do we do next?'

Liam Gallagher has "tons and tons" of songs

"Liam's always the first person to start rushing things. I think if he wants to get back in the saddle that quick, he should do it for himself. The amount of songs he's got would be really eye-opening. He's got tons and tons of songs."

Commercially unreleased Oasis songs of Noel's include Revolution Song/Solve My Mystery, Stop The Clocks and I Wanna Live In A Dream (In My Record Machine).

While Liam Gallagher only started having songs recorded by the band in 2000, other efforts of his include Life In Vain and Take Me which date back to 1994.