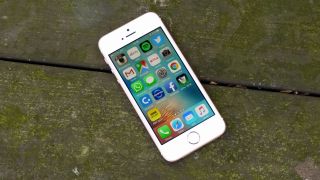 Amidst all the hullabaloo surrounding the launch of Apple’s three new iPhones yesterday – two iPhone XS models and the new iPhone XR - you might not have noticed that the company has ditched a couple of models from its line-up. But while the passing of the iPhone 6S and iPhone SE probably doesn’t come as a surprise, what it does mean is that you can no longer buy a new iPhone from Apple that has a headphones socket on it (the company ditched it from all new iPhone models when it released the iPhone 7 in 2016).

While this won’t be a problem for most people, it could be a bit of a snag if you want to use your phone for music making. Yes, you can plug an adapter into the Lightning port to add a 3.5mm jack to your phone, but this means that you can’t charge your device from the mains (though some models so support wireless charging) or plugin in a music-making peripheral, such as a MIDI keyboard, at the same time.

Fortunately, you can work around this limitation with a device such as Korg’s plugKey, a handy little iOS interface. Connecting over a Lightning cable, it has a 5-Pin MIDI In port, while L/Mono and R line outs are on 1/4-inch jacks. There's an additional 1/8-inch mini headphones jack and a micro USB port for charging, plus a volume knob.

Problem solved, then, though you will have to pay around $100/£60 for a plugKey in addition to what you’ve paid for your shiny new iPhone.