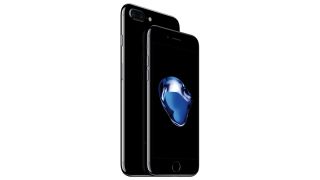 And so, as everyone predicted, Apple has elected to omit the 3.5-mm headphone jack from its new iPhone 7, which was unveiled yesterday.

However, the company is still catering for users of wired cans (that's all of us, right?) by including an adapter in the box. For some, this is the biggest surprise: many of us suspected that this would be sold separately as an add-on item. If you want to use the 'EarPods' that come with the new phone, you can connect these via the Lightning connector.

The company has also announced the wireless AirPods - slightly strange looking Bluetooth earphones that will be available for £159/$159 in late October (interesting exchange rate that's been used there).

Apple could argue that it's catering for everyone, then, but it will still irk some that they can't just plug their headphones or other audio gear straight into their phone. Time will tell how robust the adapter is, but you'll certainly be cursing if it breaks or you lose it at some point.

There's also the problem of your headphones now taking up the Lightning port: what happens if you want to plug a peripheral that doesn't have its own headphones output (a MIDI controller keyboard, for example) in there at the same time? It doesn't look like it will be possible, which isn't going to please mobile music makers. What's more, you won't be able to charge your iPhone and listen to music at the same time.

We also wonder what this means for the iPad and Mac ranges - will the 3.5-mm output be going from those, too? In the case of the iPad, we'd say probably, but we suspect the Mac might keep it (for a while at least).

You can find out more about the iPhone 7 on the Apple website. It offers an improved camera system, more power, better performance, longer battery life and built-in stereo speakers. It's also said to be water- and dust-resistant.