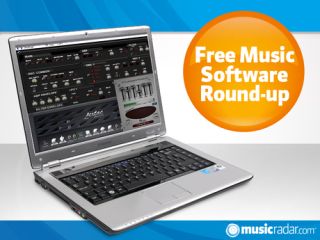 u-he's incredible ACE proves that it's possible to produce a great synth at a relatively low price (€69), but if even that's too much for you, there's yet another free one in this week's round-up.

A couple of effects complete the line-up - specifically, a boutique guitar amp and a flanger.

This new instrument is billed as "a recreation of a famous synth of yesteryear" - we'll leave you to work out what the synth is. If you're looking for clues in the specs, you'll want to know that it has two oscillators per voice, 24-voice polyphony and two LFOs, as well as delay, chorus, phaser and EQ.

This new guitarist-friendly plug-in was inspired by a Californian boutique amplifier and features three channels. Each of these has a 3-position Pre EQ switch, while channels 2 and 3 can be switched to Plexi channels and feature a Structure switch that delivers gain reduction.

No, it's not the title of a new Tim Burton movie: FlangerHand aims to recreate the flanging effect produced when an engineer used to put his finger on the rim of the reel of an old tape machine and then remove it. We'd still like to see Semerika FlangerHand in cinemas, though…